THROUGH THE SANDS OF TIME

Across the world, and nowhere more than ancient Naptesh, civilisations have entombed their nobility to endure untold centuries. Yet not all that rests beneath earth, sand and stone stays buried. Returned to reclaim lost kingdoms and to cast off the shackles of flesh and time, the Undying Dynasties arise!

Naptesh is no longer the land of fertility it once was. Crumbling monoliths and the tombs of the great Pharaohs are but shadows of their former glory - yet the dead still linger. Here, and in tombs across the world, honour guards stand vigil with a discipline and loyalty that has surpassed the grave. Living stone constructs crush any foolish enough to come searching for treasure. Thousands of years in the earth have not dampened their appetite for war, and these ancient monarchs show no sign of returning to their tombs. 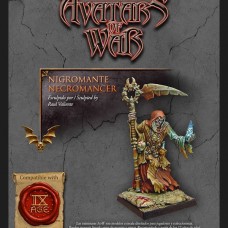 Necromancers are masters of the undeath, and probably the most feared of all magic users. Only the m.. 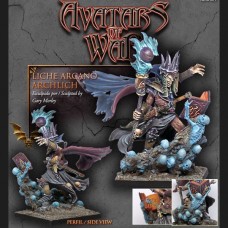 Necromancer Lords are exceptionally powerful sorcerers. While living, they embraced undeath to achie.. 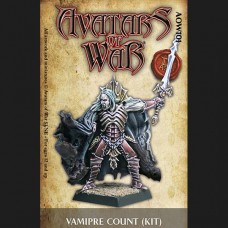 Vampires are ancient and powerful beings.Versed in both combat and wicked magic, they raise the dead..