HONOUR, KINGDOM AND THE LADY

The thunder of hooves, the clink of mail, the sounding of horns: a great cacophony accompanies an army of knights riding to war. Yet steel and sinew are nothing without valour. These noble fighters crusade for faith, for virtue, for their beloved Lady - yet most of all, for the honour of their home, the Kingdom of Equitaine.

A nation established on noble principles, yet built on a foundation of peasant labour and sweat, Equitaine is a land of myth and superstition. Yet it exerts tremendous military might - Crusades for the lost Grail have brought the Lady’s grace to many foreign lands.. In all things, Equitan nobility is expected to lead from the fore, and victory often rests upon their individual successes. These are lessons for the young king to learn, and learn well, if his dynasty is to endure against other strong, noble Houses and the perils that lie beyond his lands. 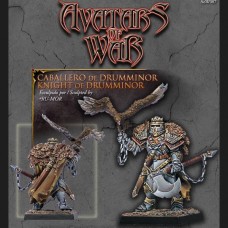